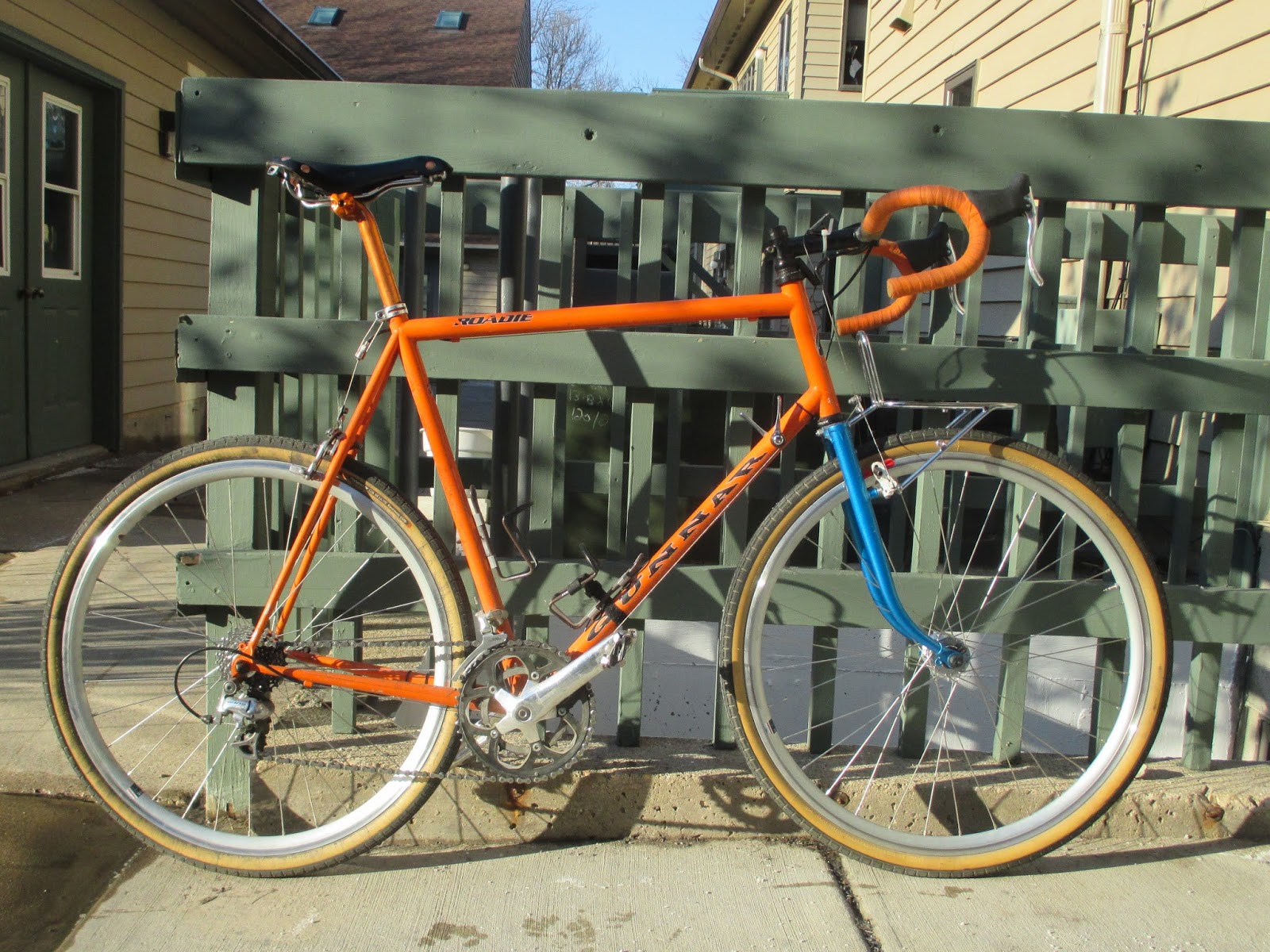 What was the fifth-coldest February on record in Madison provided me with many opportunities to work on the 650B conversion of my Gunnar Roadie. Two days ago I had finally reached the point where it was time for the first test ride. It was already late in the day and so I just went around the block—and was like “Woah! What's going on?!” Little did this have to do with the low-trail geometry of the bike, though. For the past five months I had been riding almost exclusively my fixed gear, studded tire Cross-Check, totally messing with my muscle memory of riding a “normal” bike. In any case, the ride around the block was sufficient to confirm that by and large everything seemed to work and Gunnar was ready for a longer test the next day. 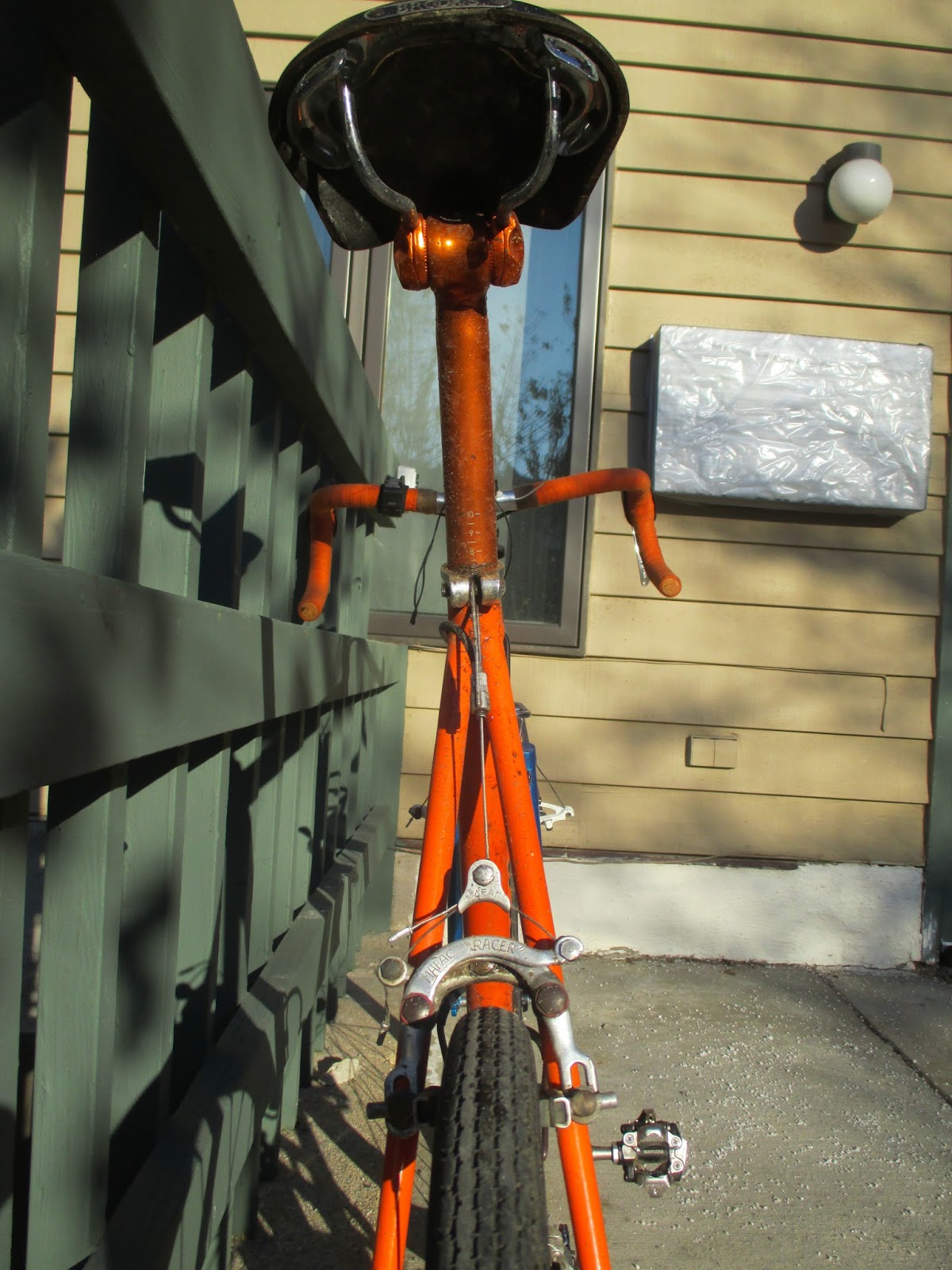 On a beautiful spring afternoon I went out on the Southwest Bike Path, one of Madison's most popular bike paths. I got used to being able to coast and not riding boat anchor tires relatively quickly, and after that the bike mostly felt—not that different from its 700C build. I figured that wasn't a bad thing, and once I had cleared the busier sections of the path, I started experimenting to explore the handling of the bike. Putting into words how a bike feels is difficult. Probably the best way to describe it is that the bike goes exactly where I want it to go, with high precision. The smooth rail trail didn't provide opportunities for, say, high-speed cornering, but adjusting my line a bit felt very precise and required little steering input. 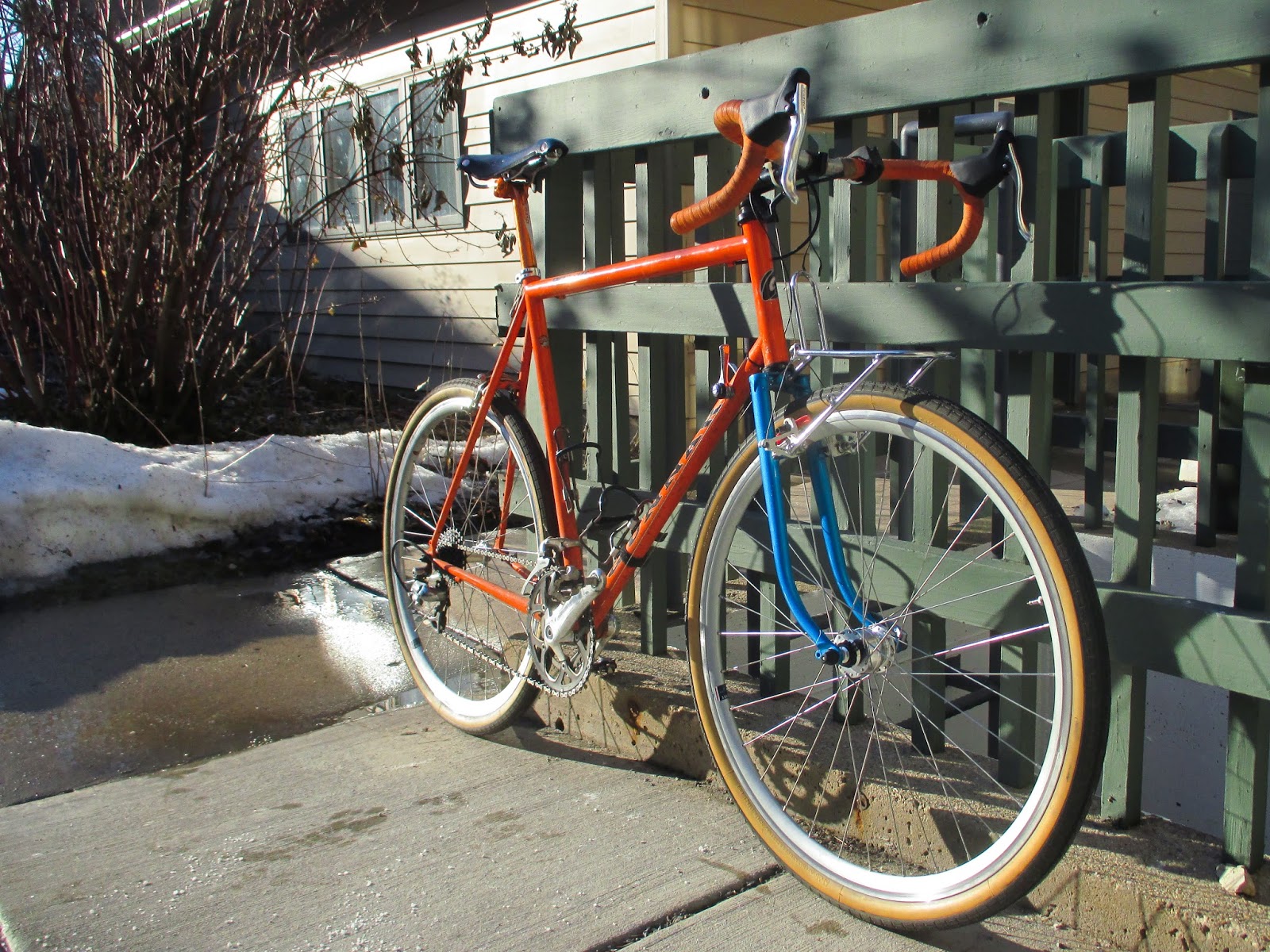 Low-trail geometry is sometimes said to feel unstable at low speeds, but I didn't really notice that. Riding with no hands can be another point where low-trail bikes are different. It should be noted that in general I'm not particularly comfortable with no-hands riding—I suspect that my scoliosis is part of the issue. When taking the hands of the bars, the bike immediately starting shimmying; however the bike stabilized and the shimmy stopped after only a few oscillations. I will have to explore this further. With hands on the bars, shimmy did not occur at all, despite using a regular ball bearing headset. (Roller bearing headsets with their increased friction are said to be a remedy for shimmy in low-trail bikes). Of course, I didn't do any fast descents on this ride.

What did feel weird was getting out of the saddle. It was very different from my Cross-Check, but also different from the 700C build of the Gunnar. However, it seemed like something that I quickly got accustomed to.

One thing to keep in mind with all this is that the bike didn't carry any load. I had taken off the Carradice saddlebag, and the Nitto front rack remained empty. For some low-trail bikes, having a front load apparently is almost a necessity to achieve acceptable handling. This doesn't seem to be the case for Gunnar, and I'm curious to see if/how things change once I add a handlebar bag. 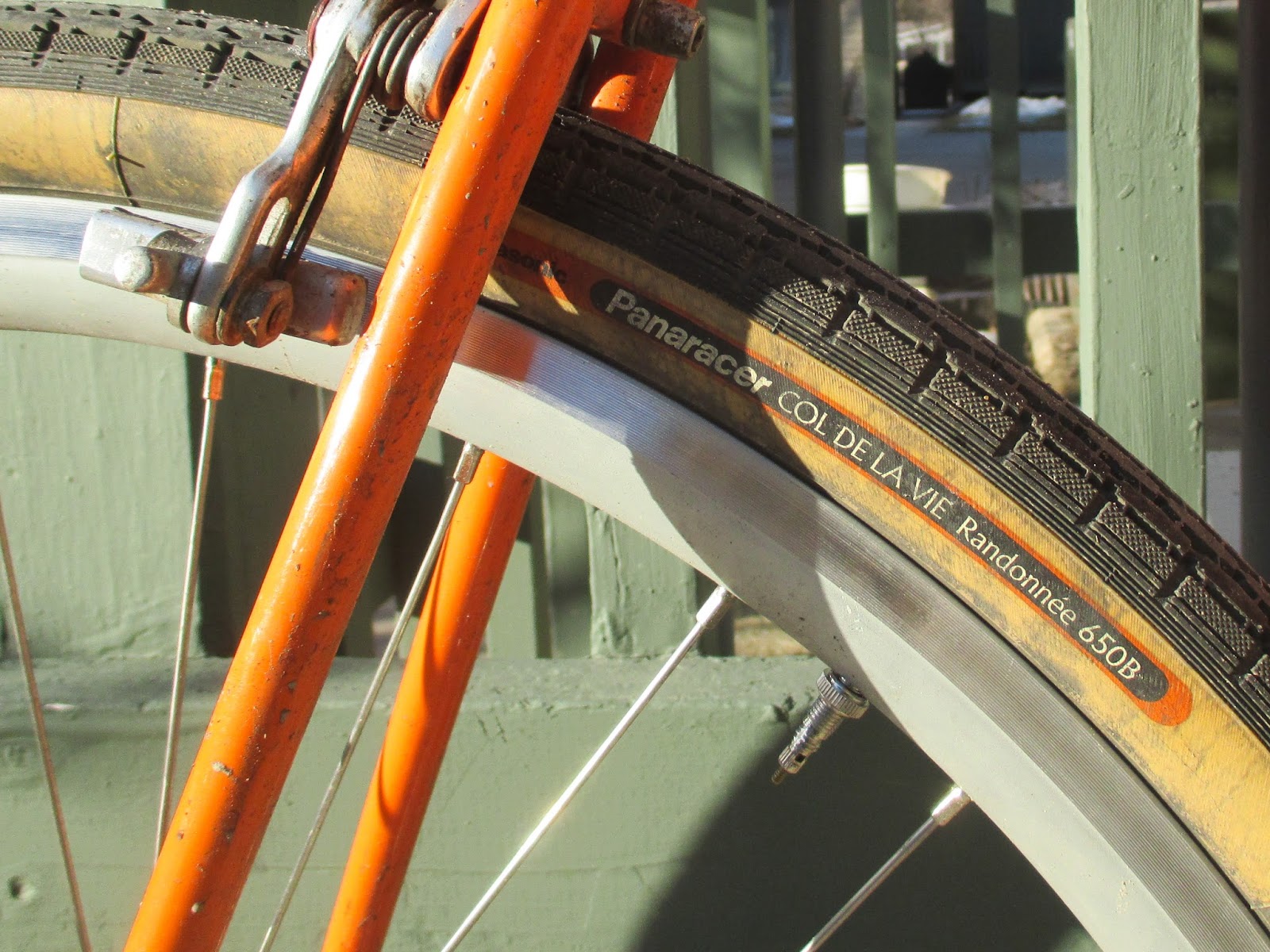 A few remarks on the Panaracer Col de la Vie tires: Using the canonical Frank Berto chart, I pumped the front to 3.5 bar (~50 psi) and the rear to 4.1 bar (60 psi), making them about 35 mm wide (nominally they're 40 mm). While they felt fine, I must say that I didn't have a "magic carpet ride" experience compared to the 25 mm Conti Grand Prix 4000S that where on the bike previously. The Col de la Vie is, of course, what is considered to be a budget tire that didn't fare too well in the tire test by Bicycle Quarterly. Also, the SW Path is smoothly paved, canceling out the potential advantages of wider tires. Aside from subjective impressions, I did end up with a few personal records on Strava, despite not trying all that hard. I'll do some more performance tests on stretches where I more have reliable Strava data from Gunnar's 700C days.
Written by Hobbes vs Boyle at 2:22 PM