It's time for me to leave Montreal and Quebec. On Moving Day, July 1, our lease ended and soon I'll be moving to Madison (Wisc.). As a proper way of saying goodbye I wanted to do one last long ride through some of my favorite parts of the greater Montreal region.

My previous plan, riding the Corridor Aerobique trail, turned out to be too complicated logistically. Instead I planned a route based on a ride I did last fall, modified in a way that would make it doable from and to the de la Concorde metro station in Laval. In addition I also wanted to avoid some of the really bad gravel sections I encountered last time.

For reasons unbeknownst to me, I am in good shape this year, and so the projected length and elevation gain—250 kilometers and 2500 meters—of the ride didn't scare me too much. Just in case, I also considered leaving early enough in order to have the option to bail by taking the last train back from Saint-Jerôme. But as per usual, I was too tired to get my stuff together the night before and didn't get up early enough to catch the first metro.

I still got out of the station in Laval at quarter past seven, heading north on the bike path. I know the route to Saint-Jerôme quite well, and so I set up the GPS track I had transferred to my device late last night only while already on the bike. Or had I transferred it? Apparently not, as only the second half of the ride appeared on my Etrex! I realized that I had exhausted the device's small memory for track files. Oh well, after some consideration I figured that because I had done a good part of the first half on last fall's ride, I should be able to make it work.

During the first few hours of the ride I didn't feel too great and also had to stop for nature breaks at a ridiculous frequency. Once in Saint-Jerôme it was time to get off the P'tit Train du Nord trail and follow Highway 333 into the mountains. This road was new to me, and it turned out to have a lot of traffic and a mediocre shoulder. The landscape, on the other hand, turned increasingly pretty: The typical Laurentian mix of lakes and wooded hills.

In Saint-Hyppolite, about 55 kilometers into the ride, I met up with my previous route and also left the busy highway. Since I knew that the services for the next stretch of the route would be limited I also made a quick stop at the small local supermarket. From here on a lot of the route profile could be described as a backroad rollercoaster: On quiet roads I would climb a steep incline for two or three minutes, zoom down again for maybe ten seconds, only to repeat the procedure over and over again. 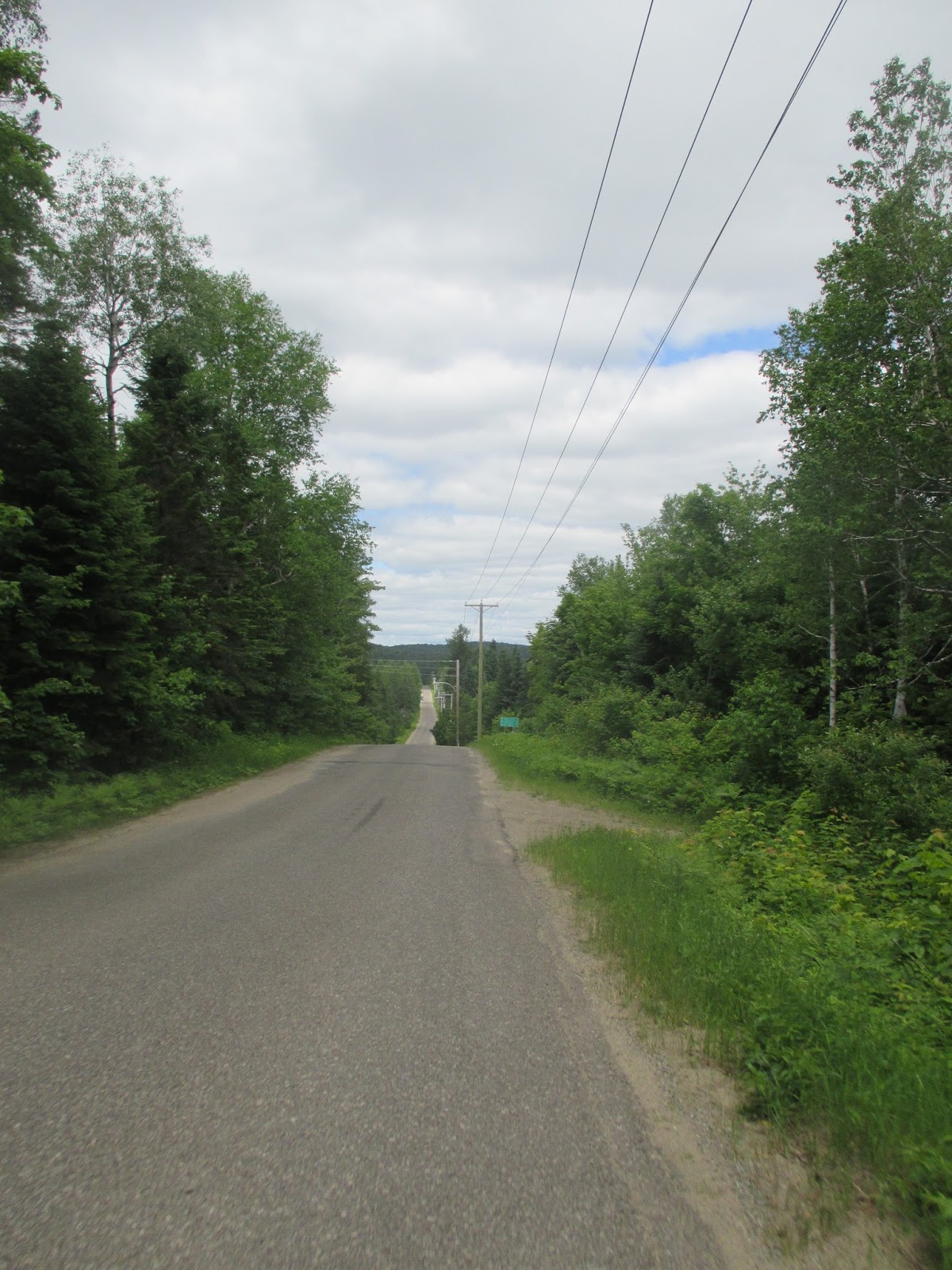 I don't know if it was the pretty scenery, but I started feeling much better and enjoying the ride. My enjoyment was further increased by the meadows full of orange wildflowers and the recent repaving of a formerly bumpy road. 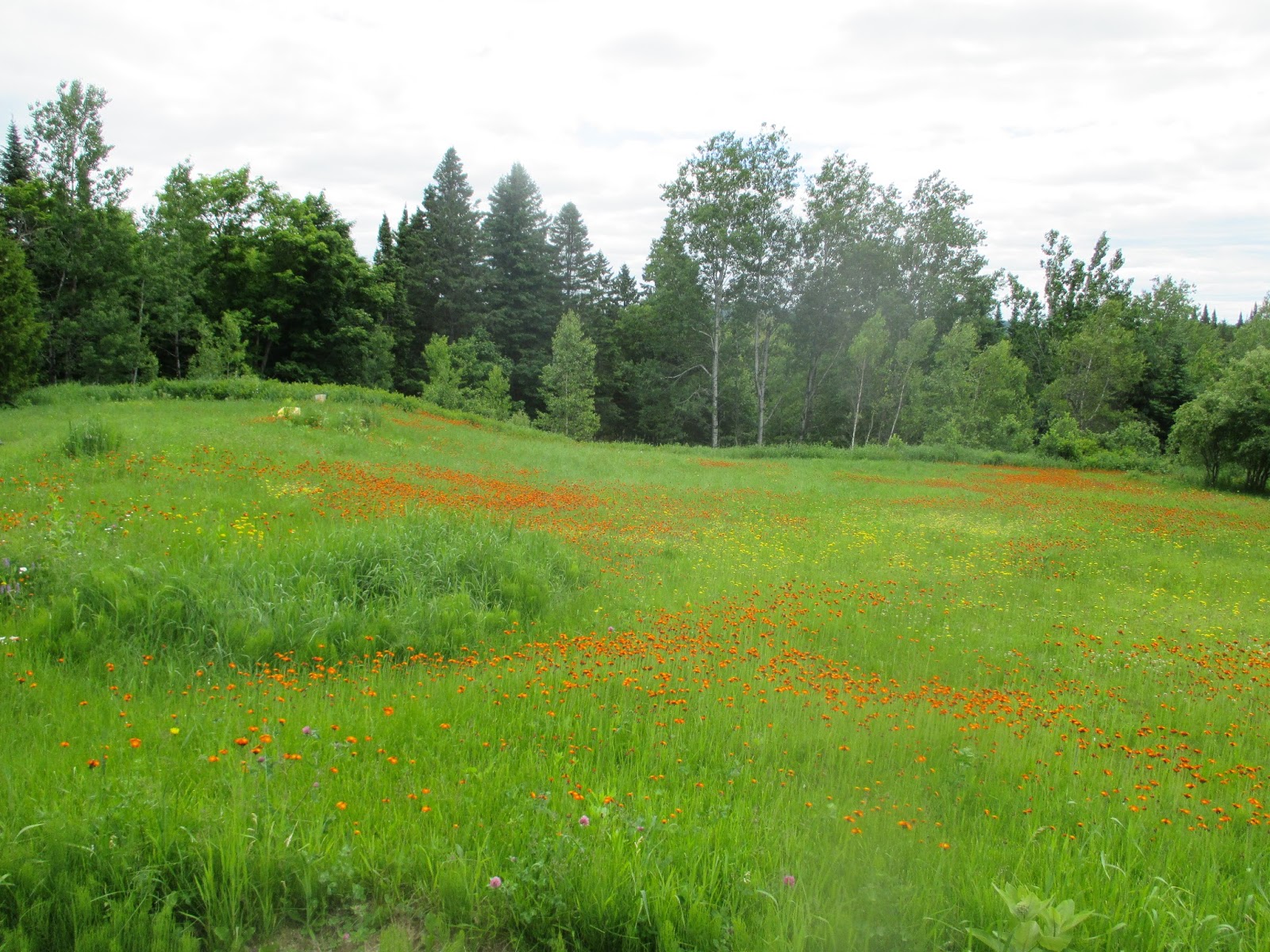 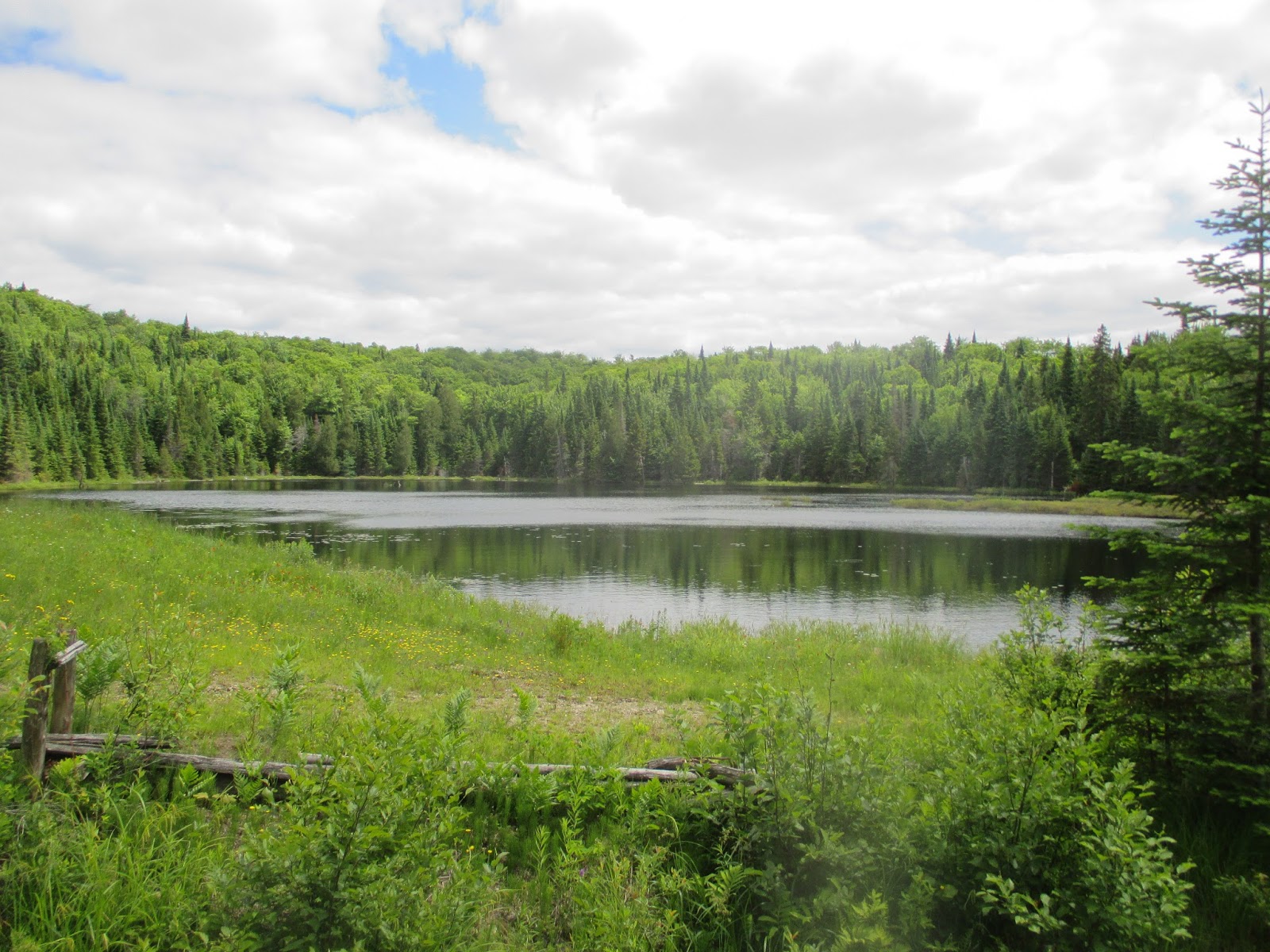 Eventually the pavement turned to gravel. On my previous ride out here I was on my road bike with 25mm tires. This time I was on Wolfgang, the Cross-Check, with 35mm tires and lower gears, making for much more comfortable riding. 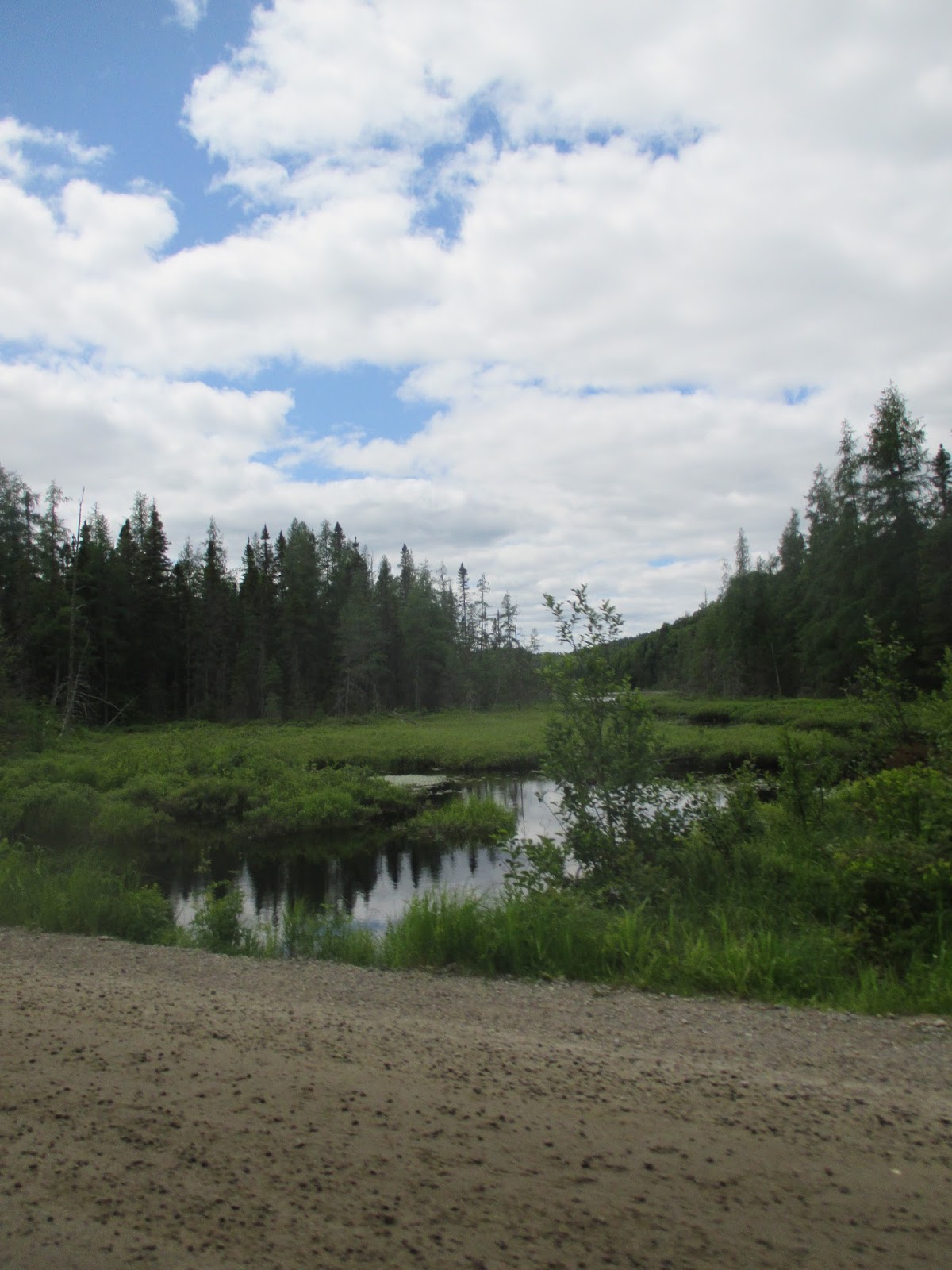 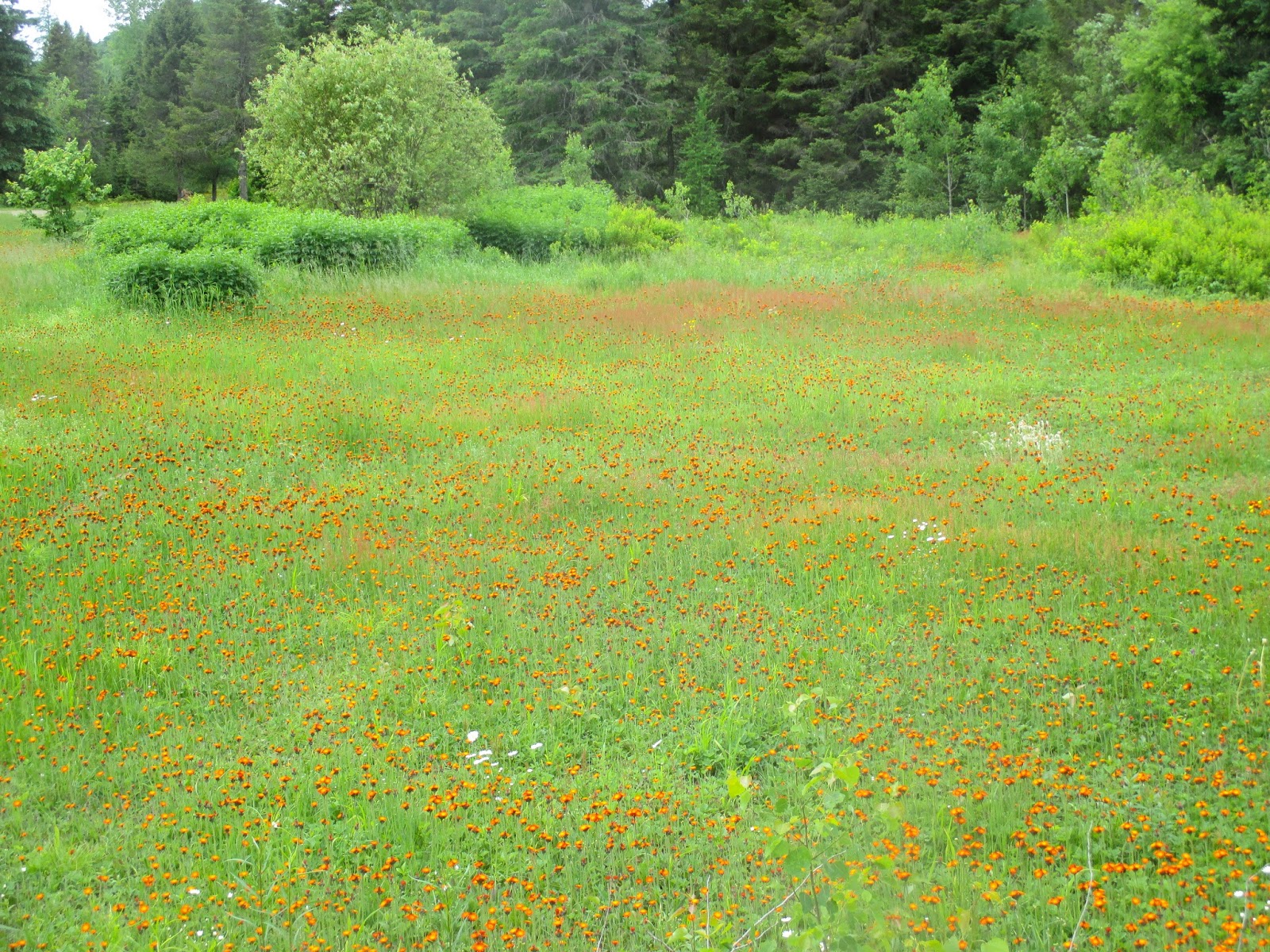 The number of beautiful lakes in the Laurentians is stunning. With some difficulty I figured out at which intersection to depart from the old course and head toward Lac à l'Orignal. On the short stretch before reaching Highway 329 a combination of a steep hill and loose gravel, forced me off the bike for the first—and last time today. 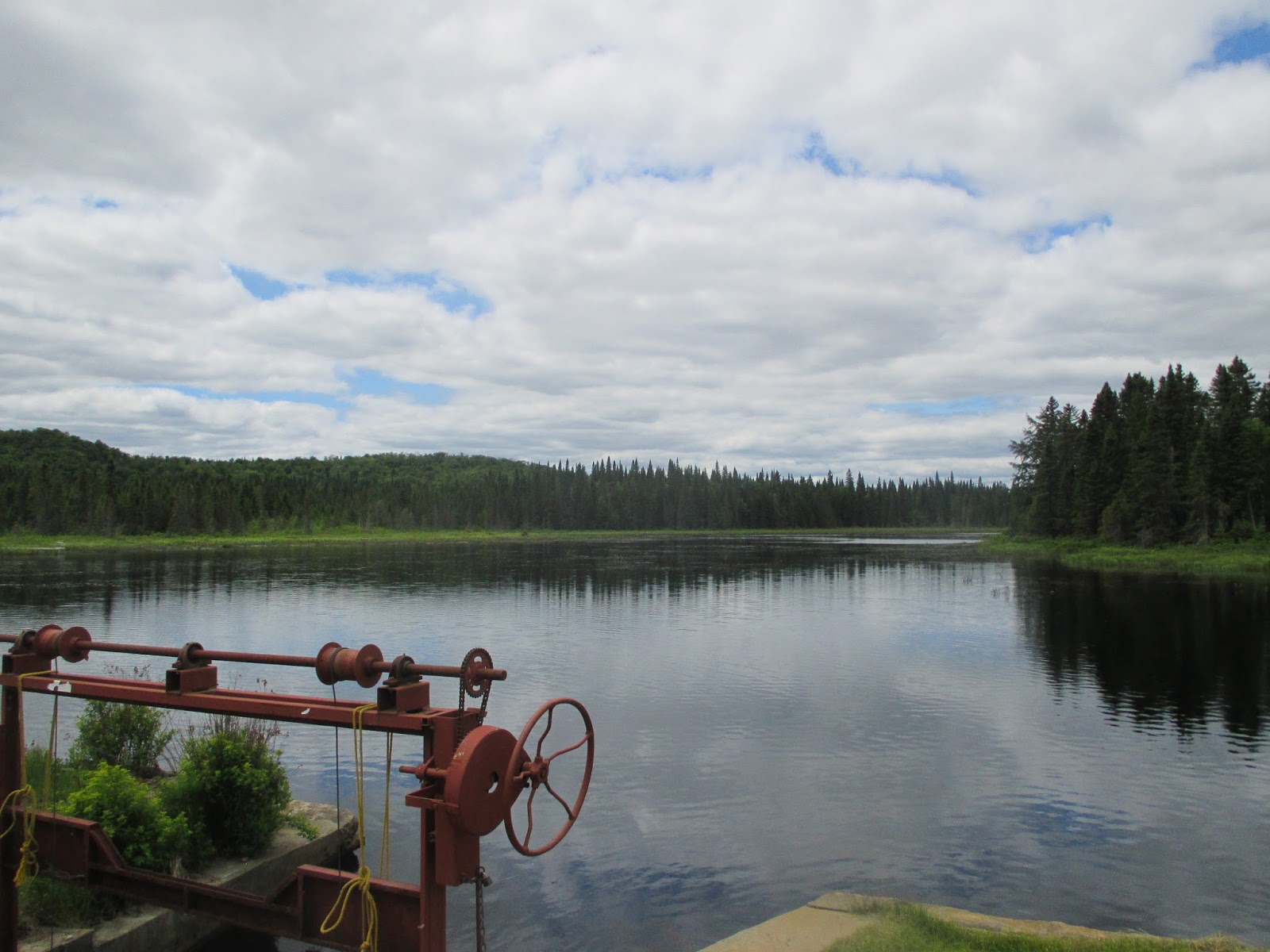 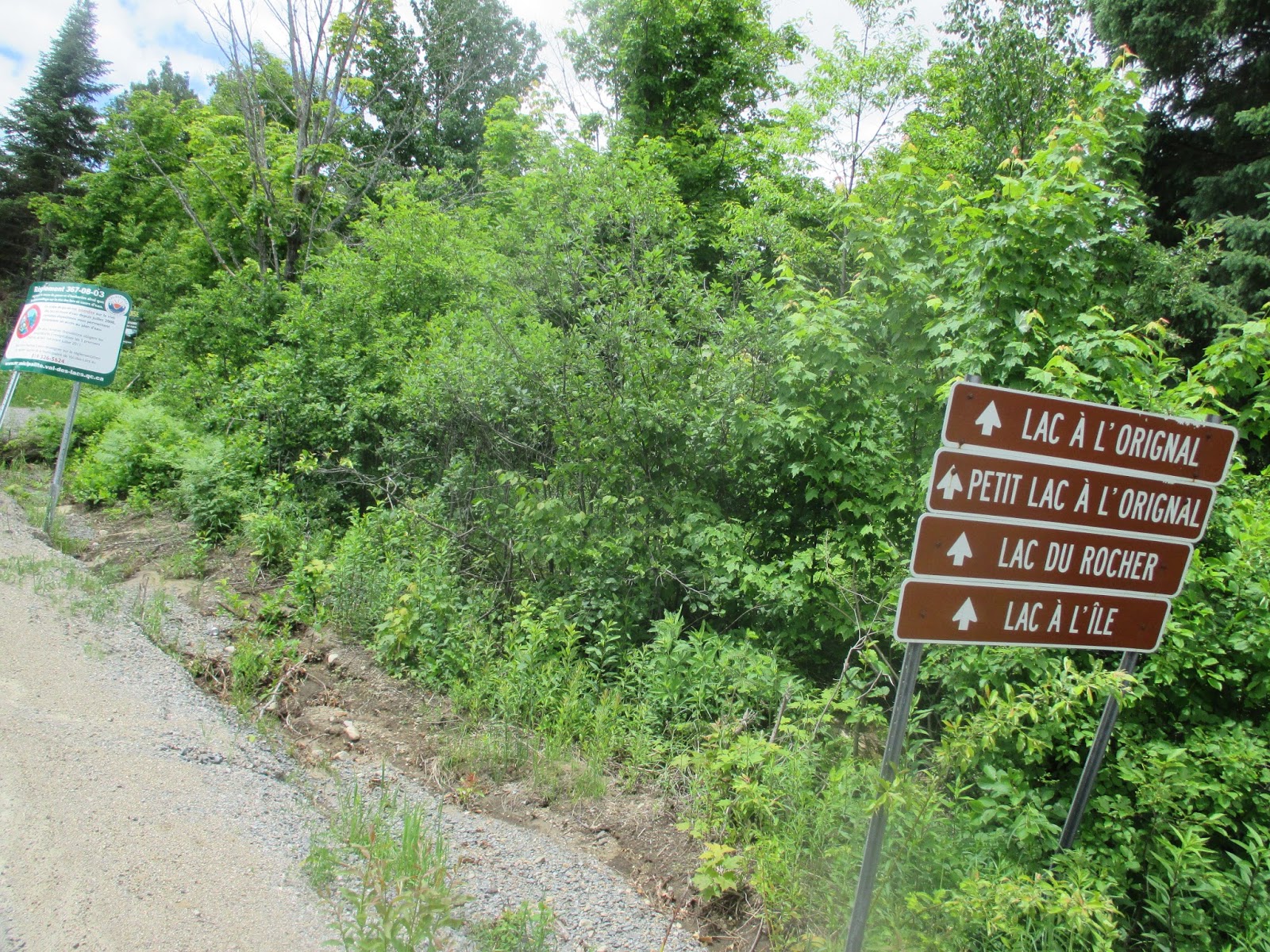 Somewhere on Chemin du Lac de l'Orignal I finally picked up on the new GPS track. This was a good thing, as for most of the time I didn't have a clue where exactly I was and in which direction I was heading. Again, the road turned from asphalt to gravel, and the rollercoastering continued. 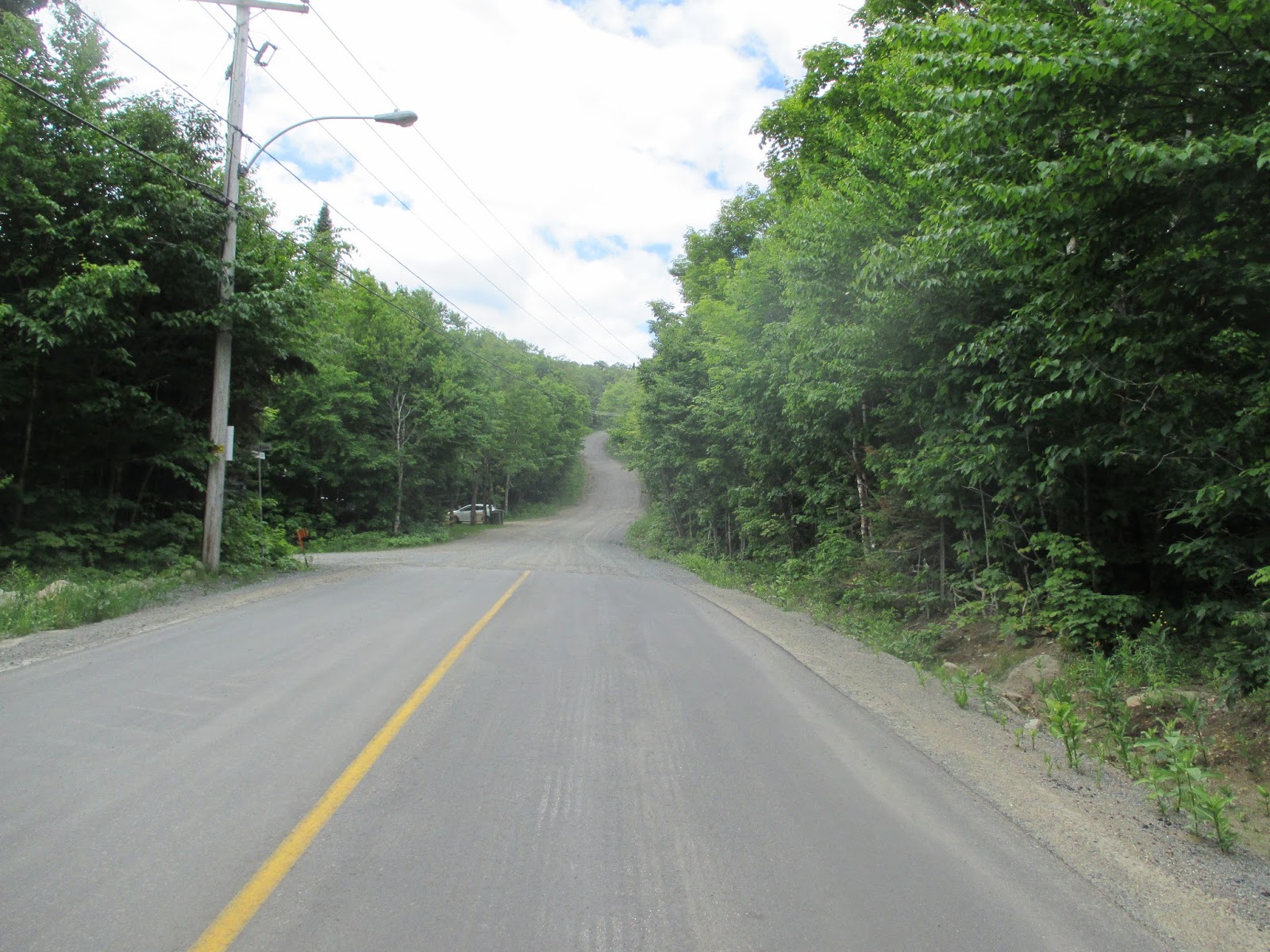 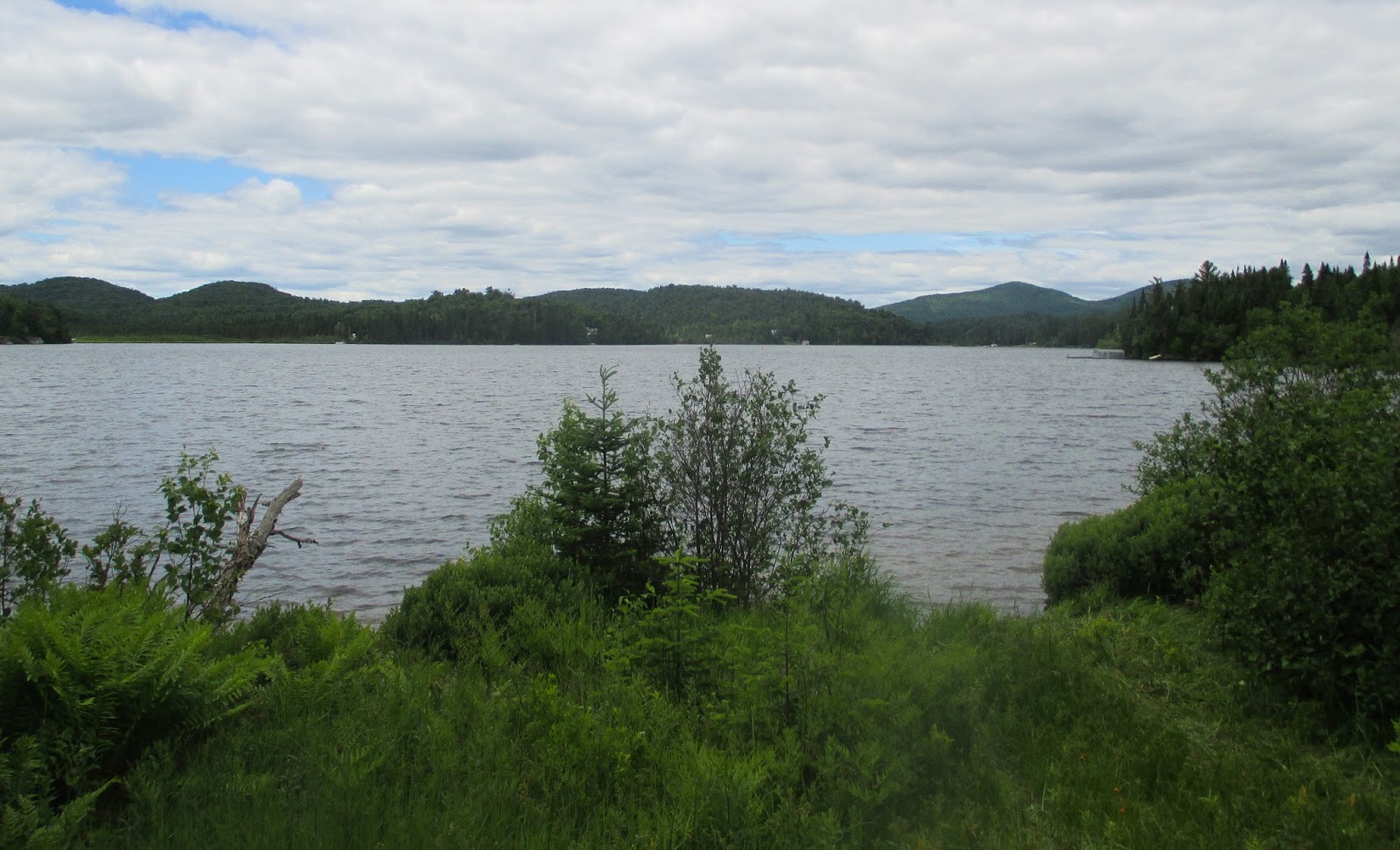 Eventually the roads got better and busier again, indicating the proximity of the Transcanada Highway and the village of Saint-Faustin. It was high time for a longer break and after some circling around I picked up water and a Pepsi at a gas station.
I was still confused about my whereabouts, compounded by the fact that I missed the intersection with the P'tit Train trail. I knew that I had been nearby on my previous ride but after a while all roads through the forest and alongside lakes start to look the same, no matter how pretty they are. Oh well, I had my little electronic helper offering me sufficient guidance 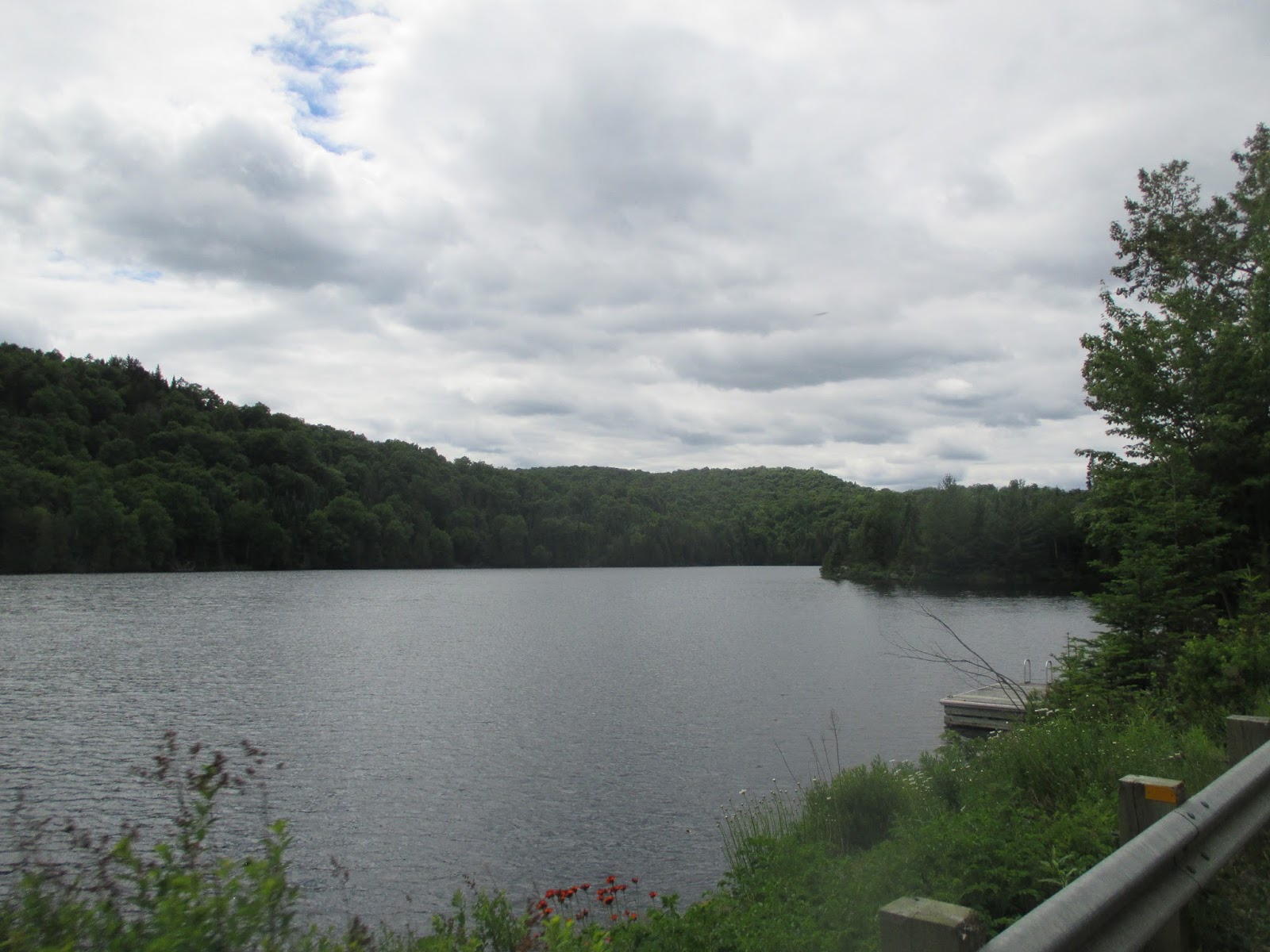 The climb out of Saint-Faustin was tough, and I couldn't even enjoy the following downhill much because of rough gravel in a construction zone. 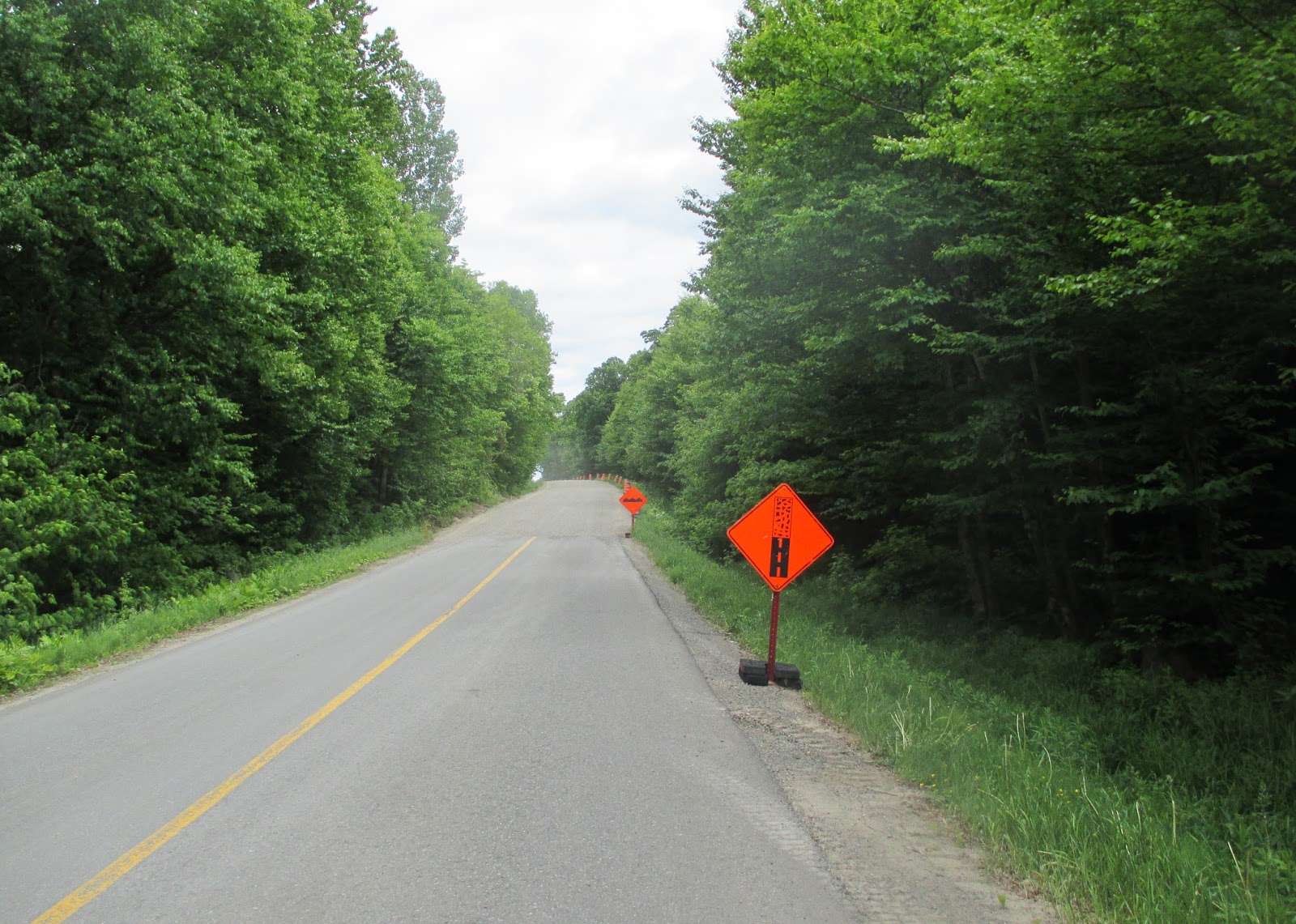 Eventually I had my lightbulb moment and figured out where I was in comparison to last year's ride, and after a few more kilometers I was back on the previous route. My plan worked: I had avoided all the bad gravel! 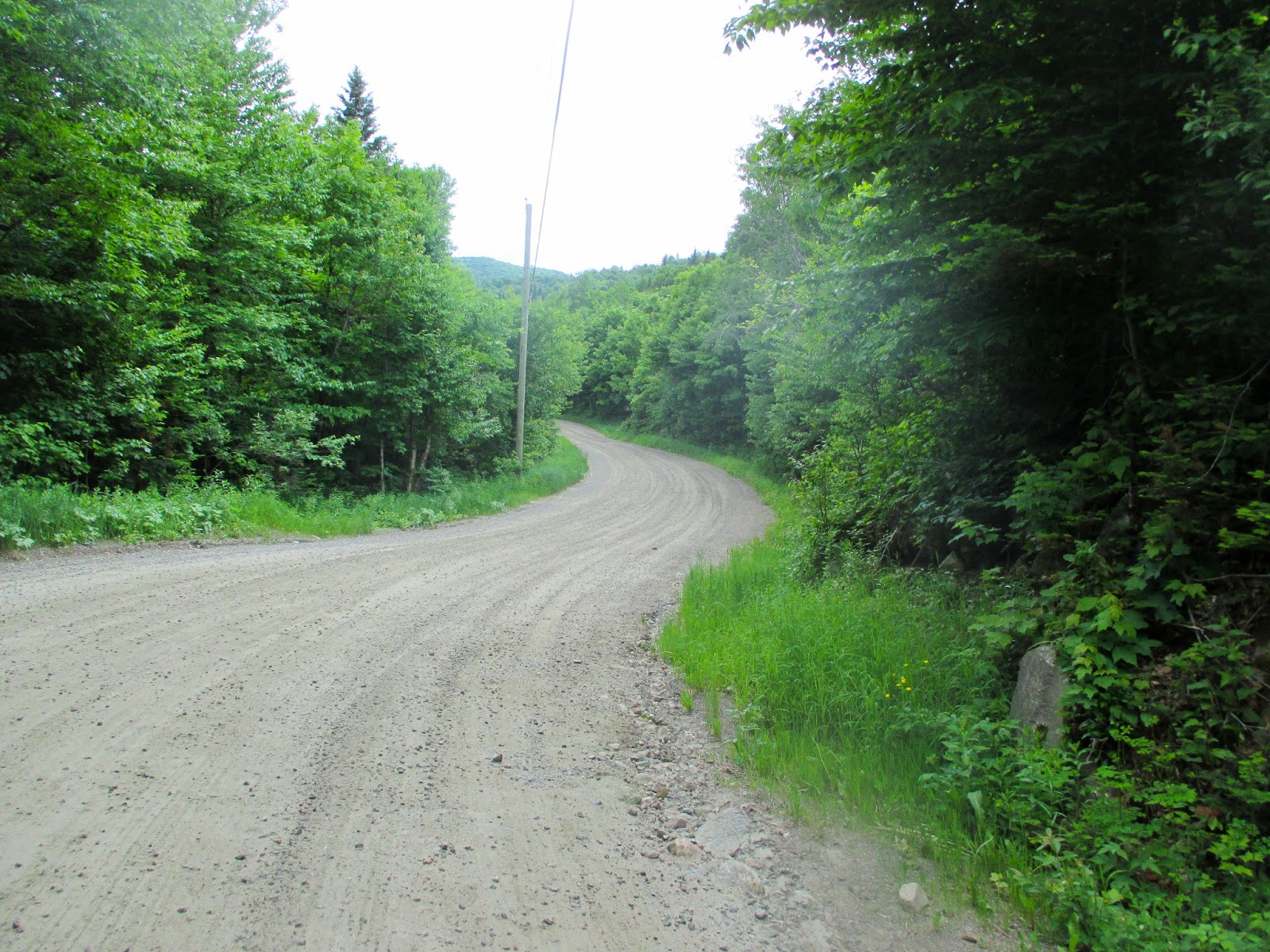 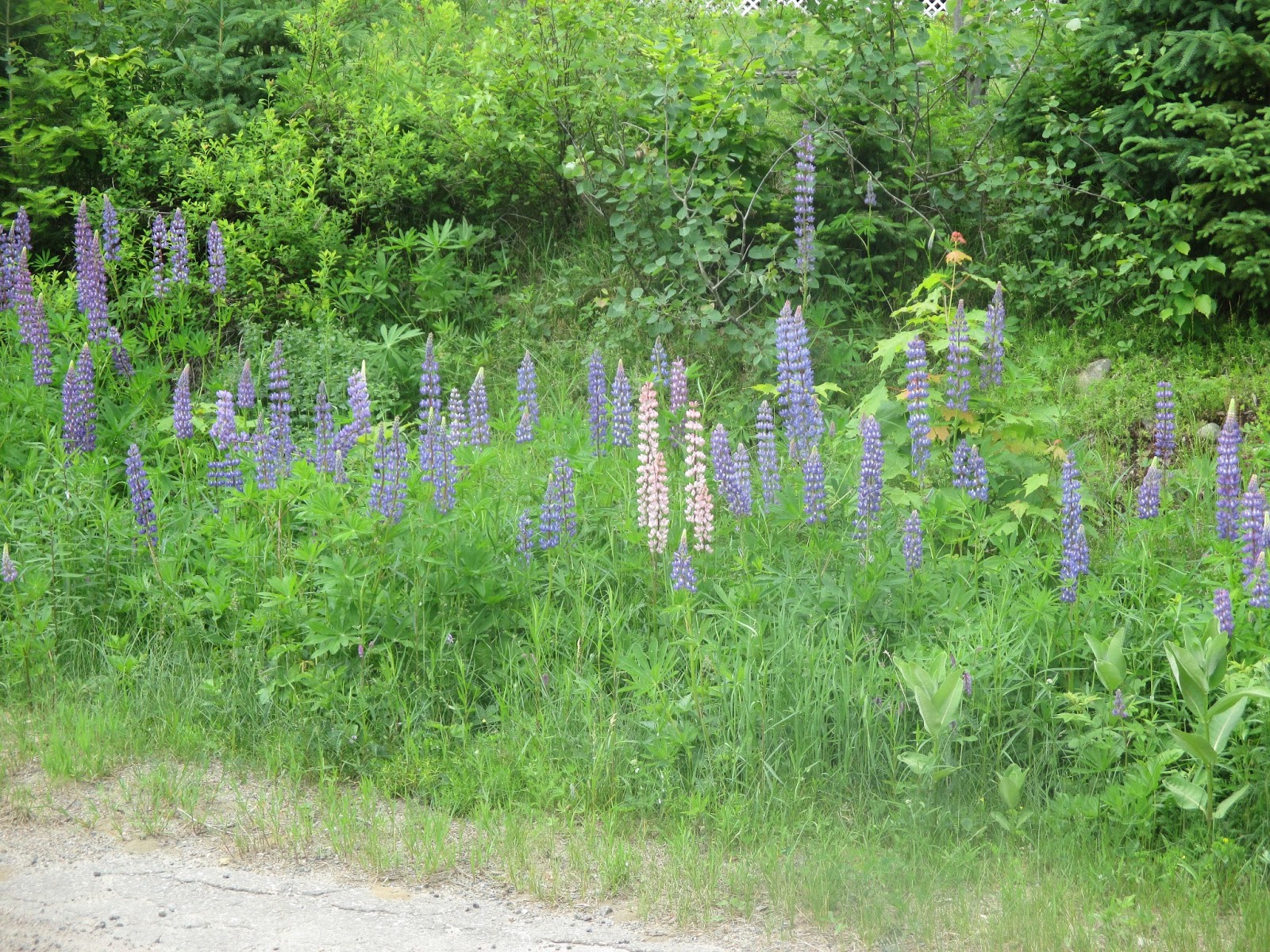 In Saint-Adolphe-d'Howard I spotted a great looking park on the lake. What a great spot for a break! 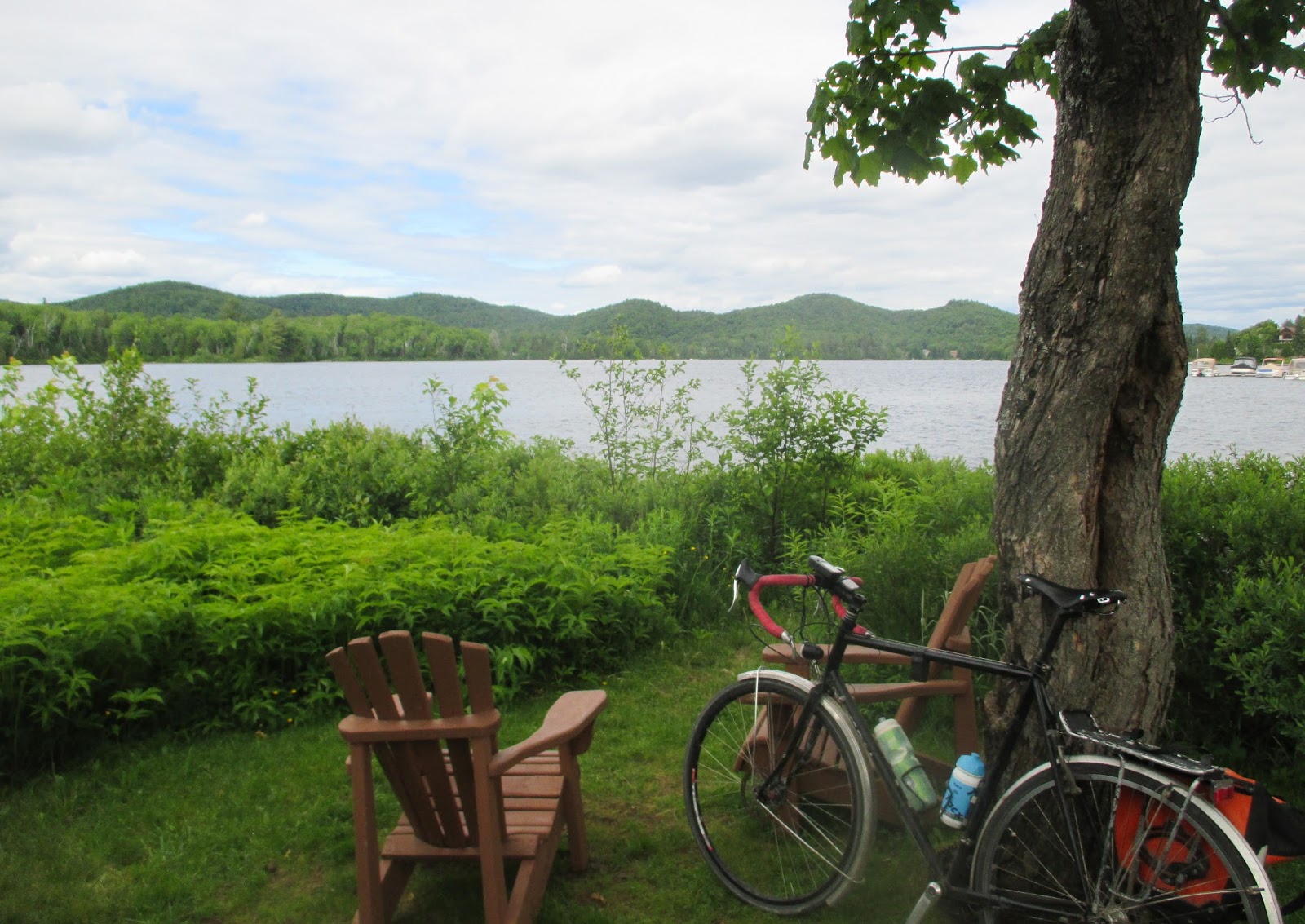 Back at the metro station I had clocked 245 kilometers, the longest ride so far on my Cross-Check, and a great Adieu to Montreal and Quebec!

Written by Hobbes vs Boyle at 7:31 AM