I've been wanting a tandem for a good while now. My SO and I had ridden rental tandems a couple times in the past, and the experience was good enough for us to want to own our own tandem. The promise of being able to go faster and farther than on solo bikes seemed enticing. One obstacle to finding a tandem was sizing: I'm 198 cm (6' 5 1/2") tall, whereas the SO is only 163 cm (5' 4"). My local Craigslist alert for tandems didn't yield anything appropriately sized, and we didn't want to jump in over our heads with an expensive new tandem before we were more certain that we'd actually ride it enough. In the end, I found an early-2000s XL/M-sized Cannondale RT-3000 at a local bike swap. Nice components (XTR rear derailleur, Ultegra 9-speed brifters, Hügi tandem hubs) and in great condition. It fits 38s in the rear and 40s (and probably more) in the front, and we've had some good rides on it. Tight turns are still terrifying for the stoker, but otherwise it's been working out well. We haven't gotten around to try and load it up for camping or at least credit card touring yet, but that's definitely in the plans for next year. I also need better lighting, as we often end up riding in the dark and the Planet Bike battery front light I have is mediocre compared to the dyno lights on my other bikes.

When switching around saddles between bikes somehow I ended up with a racy Prologo saddle on my everyday fixed-gear Cross-Check. As it turns out, I like it a lot. Previously I had had different leather saddles on the bike (first a Brooks B-17 Imperial, then a Velo Orange one), which made some sense as they were comfortable and the bike served double-duty as a touring bike. But for an everyday bike that gets ridden in any kind of weather and often parked outside, a plastic saddle is just more practical. And I survived a 100-mile ride on the saddle while just wearing MUSA shorts (see below)!

I bought a pair of original MUSA shorts from a friend and they are great! I'm not sure if I'd be willing to pay retail on these, but they are comfortable and practical -- just as you would expect from a Rivendell product. One downside (which I believe has been changed in the current generation of the shorts) are the large and unattached pockets. It's nice to have plenty of pocket space. But especially on downhills on my fixie (i.e. at high RPM), the pockets and their contents bounce around a lot. My SO slightly shrunk the pockets and that has improved the issue.

Being a BlueBikes Bike Angel

I've been spending a bunch of time in Cambridge (Mass.) this year. My SO is on a fellowship at the Radcliffe Institute for the academic year and I've been visiting her regularly. Because her apartment is very small and doesn't have any secure bike parking, I've gotten by with the BlueBikes bike share system. One neat feature of BlueBikes is that as part of their rebalancing of bikes between stations, they have the Bike Angels program: You get points for removing bikes from full stations, as well as dropping off bikes at empty ones. The points translate into free passes, membership extensions, and even cash. Cruising around to earn points has been a great way to explore the city. My goal is to reach 250 points total and earn a Bike Angel pin. 125 points down, 125 to go. 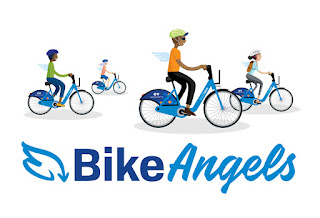 It was a small gathering, mostly friends and family of ours, plus Matt, who read about the meeting on the Riv list. The weather was what you may expect for Midwest summer in July: Very hot, humid, and with strong thunderstorms. It would've been nice to have had more BOBs, but I think we'll try again next year or the year after.

Having a real camera again

I bought a Sony A6000 mirrorless camera this summer and am very happy with the decision. After a couple years of mostly smartphone photography, it's nice to have a "real" camera again And the mirrorless format makes it compact enough to easily carry it in my handlebar bag or on my belt.

I bought these fenders for my Pugsley. At my local bike shop, Revolution Cycles, one of the employees told me that the initial version had had some issues, but he thought that now those may have gotten fixed. That may be the case, but the fender still turned out to be a disappointment. It functioned well enough to keep \muck off my back, but the mounting method has serious flaws. The connection between the part that attaches to the seat post and the actual fender is tightened with a loctite'd thumb screw. During a long ride, that screw came loose, and I dropped the fender. Of course, I couldn't find screw and nut and had to clumsily carry back the fender home. PDW customer service was very good in sending me a free replacement, and since then I regularly checked the tightness of that screw. However, there is a second weakness: The fender blade is attached to the mount with snaps. This seemed to work well enough while the fenders are on the bike. But the first time I had the bike transported on a hitch rack on a car, the snaps came loose and the fender blade was lost. Unfortunately, I seems like there aren't any other promising fat bike fenders on the market, and so when I saw another cheap Mud Shovel at a gear swap, I bought it anyway...

When I needed new pads for my Avid BB7 brakes, I discovered that on Ebay and AliExpress there was a large selection of very cheap no-name brake pads available. Compared to the $20-30 for genuine pads (are brake pads the inkject cartridges of the bike world??), these would come as cheap as $2. This seemed sketchy, and so I went for the middle ground: Pads labeled as genuine Avid, shipped straight from Taiwan, for $8/pair. Turns out that these most likely were counterfeit: The braking compound was much thinner and they wore like crazy, especially on wet rides. Not recommended. 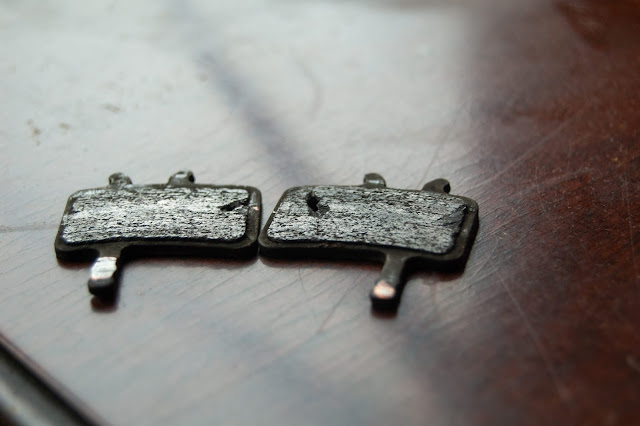 I praised the 650Bx38 Panaracer Pari Moto tires last year as an economical alternative to Compass tires. This year I bought two sets of Panaracer GravelKing Slicks, which look quite similar to the Pari Moto. They do come in more sizes, tread patterns and are now also available as tubeless compatible. You can read my first impressions of the tires here. Since then they've seen a few thousand kilometers, and they're holding up okay. Ride quality is great, but I'll reserve my final judgment for when they wear out completely. 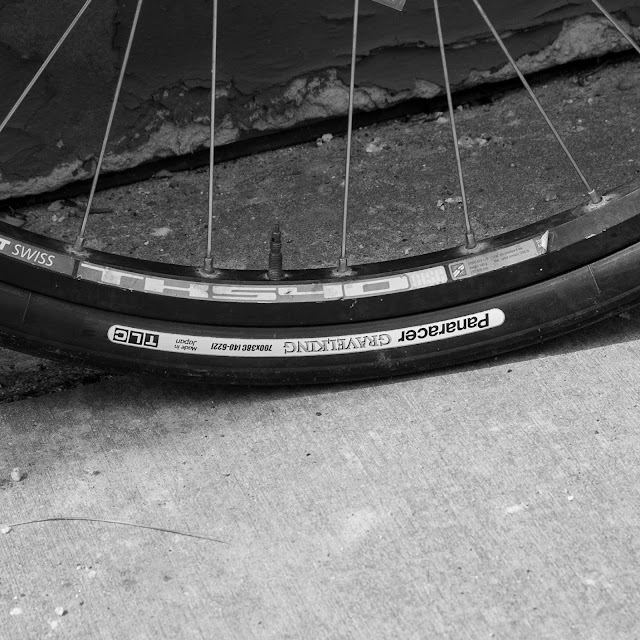 Written by Hobbes vs Boyle at 8:15 AM

Email ThisBlogThis!Share to TwitterShare to FacebookShare to Pinterest
Labels: 2018, review, tried and liked