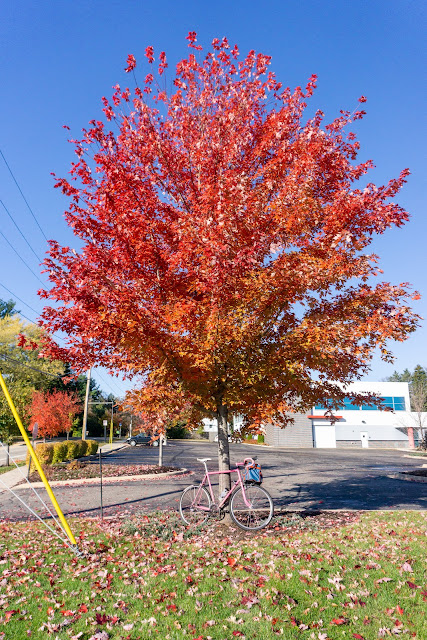 Ah yes, another one of those Saturdays: The weather wasn't exactly bad for it being late October, but it also wasn't great. The will to go outside and get another coffeeneuring ride in was there -- but it also wasn't very strong. I wasted some time on the couch, dreaming up different route options: "Oh, maybe I can collect a tile! Or maybe I should have coffee outside at Donald Park! Or what about just doing a fast ride to Firefly?" All this planning didn't result in any action, and eventually I resigned to just doing a very short coffeeneuring ride: My friend Kevin had invited us to an evening campfire in a local park, just about a mile away from our home. I figured I could bring my #coffeeoutside set-up and enjoy a strong coffee by the fire. Well, I brought all the equipment. Except for the coffee. So much for that. 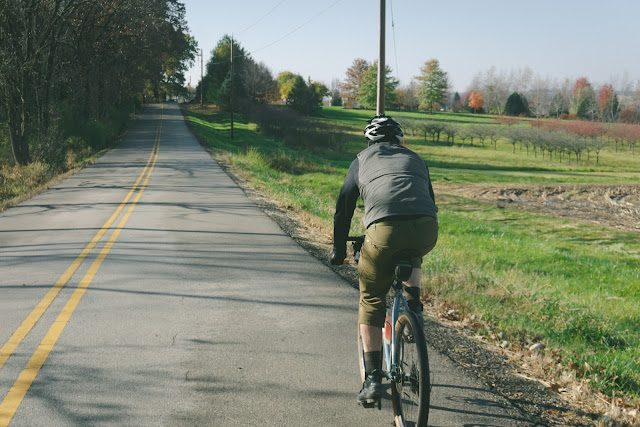 Fortunately there was another weekend day left: Kevin and I made plans to ride out on Sunday morning, with Fat Cat Coffee Works in New Glarus as our destination. After heavy rain overnight, the morning looked beautiful but chilly. We adjusted our departure time by one hour and met up at 10. Things had started to warm up by then, and soon we would have to shed our first layers. Kevin had planned a route that would include a number of hills and we rode at a fast pace. It was a perfect fall day. 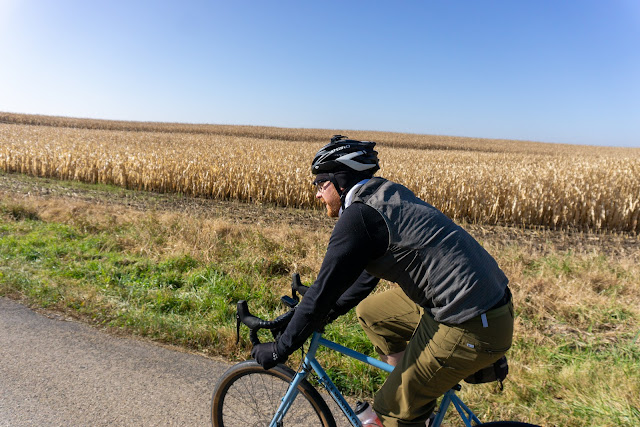 At Fat Cat we were surprised to see no other bikes. It's a very popular local cycling destination and on a day like today we would have expected dozens of other cyclists there. Kevin ordered a mocha and a burrito; I had a sizable cold brew (no vegan baked goods available). At this point it was warm enough to even sit outside! 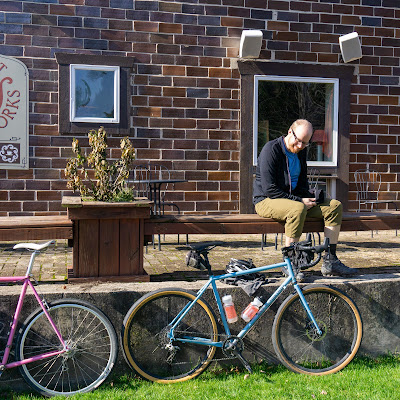 As we enjoyed the rest, drinks, and food, eventually the anticipated bike crowd arrived and we spotted some familiar faces: Michael Jones and some of his roadie friends arrived first, shortly followed by a large group of cyclists coming from the direction of New Glarus State Park. I didn't recognize anyone, but Kevin did: "Brian!" And then Brian was like, "Kevin! And you're Harald, aren't you?" Only after some more conversation between Kevin and Brian I finally made the connection: Brian was a randonneur from Chicago who had ridden with us on our brevet back in May. Oh right, the strong guy on whose wheel I sat into the first control. And through some implausible coincidence, Brian also knew someone who had gone to high school with Kevin way back when and the two also had been camping together many years back. And somehow there also was some "Oh, yeah, and my friend so-and-so bought that something-something frame from you." Bike nerd world is a small world. Brian and his friends had been doing a final fall overnight at the state park and were now ready for breakfast, just as we headed out again back to Madison. 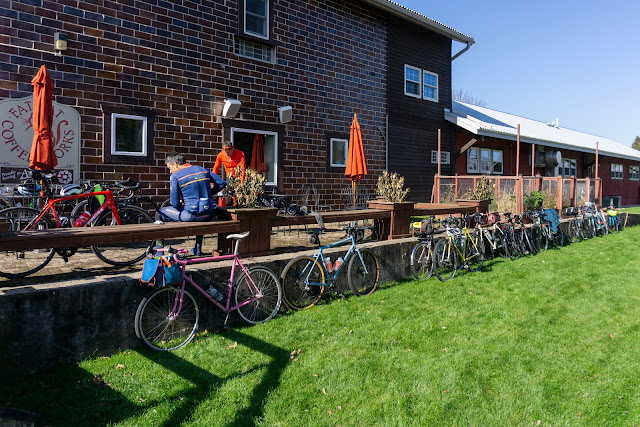 And the moral of the story: Sometimes it pays off to be lazy. You may be rewarded with a most wonderful warm fall ride the next day. 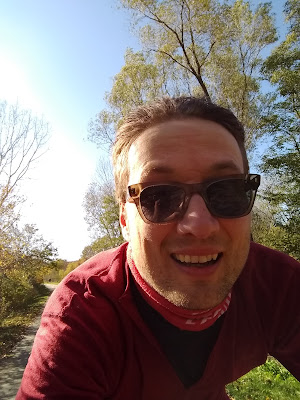 Written by Hobbes vs Boyle at 3:38 PM